It is a growing mystery to me why I have less and less time when I should have more and more.  (Quite a few people have said that.    Have you found that too?)

Anyway I wanted to wish you Merry Christmas particularly as it is a bit of a strange one this year for many of us, And I have a heap of gifts waiting to be wrapped and some cooking to do and some emails to write (seem to have sent all the cards anyway. Phew).  We will be spending Christmas alone as requested by the government, but will be connected to our family by Zoom.  I've an idea that many people will have that plan too, so I hope that the Zoom system doesn't break down in dismay.

I've looked through some of my files of Christmas past and picked out some images I liked, so here they are with a note of where they were taken, and I hope that you will enjoy them!

The first picture is appropriate- it shows brussels sprouts, the traditional Christmas vegetable.  I love them and in winter when they are in season I keep a stalk of fresh ones outside. They love the rain! 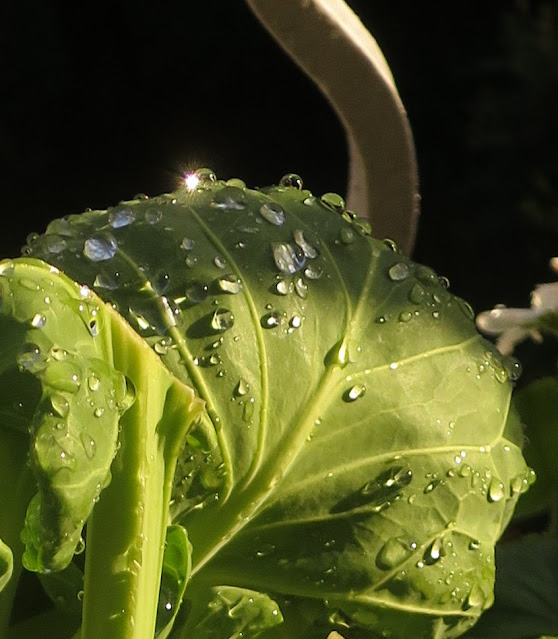 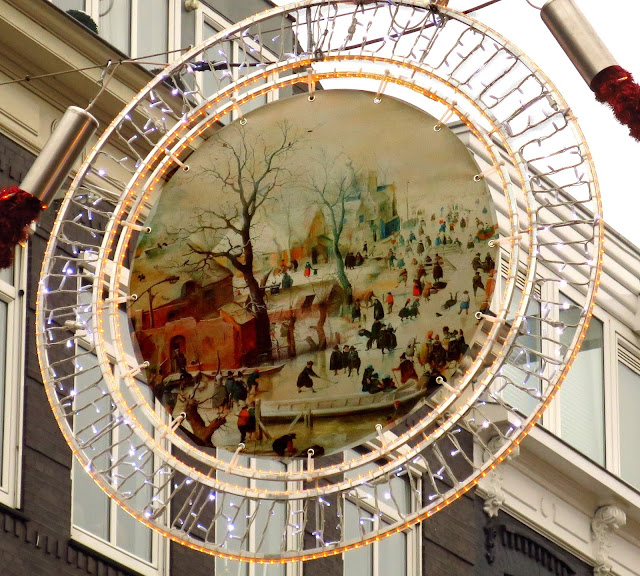 This food market in Munich was full of traditional Christmas delicacies and a fantastic place to wander around as the night started to fall. 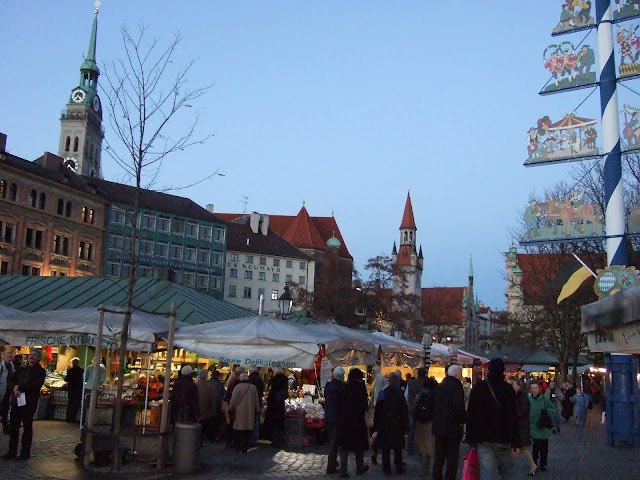 Interior of the Wilden Mann hotel in Lucerne, Switzerland, a very ancient inn which I heartily recommend decorated for Christmas in colours which just so happen to match the wonderful old painted ceiling. 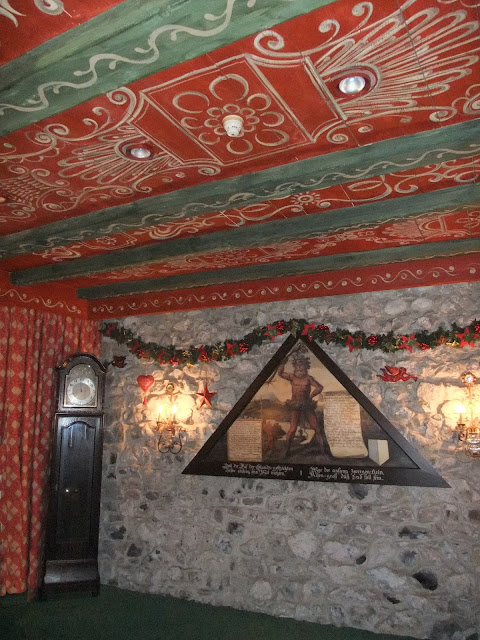 Still in Switzerland, the Zurich chocolate shops were a sight to behold, very elegant & expensive. 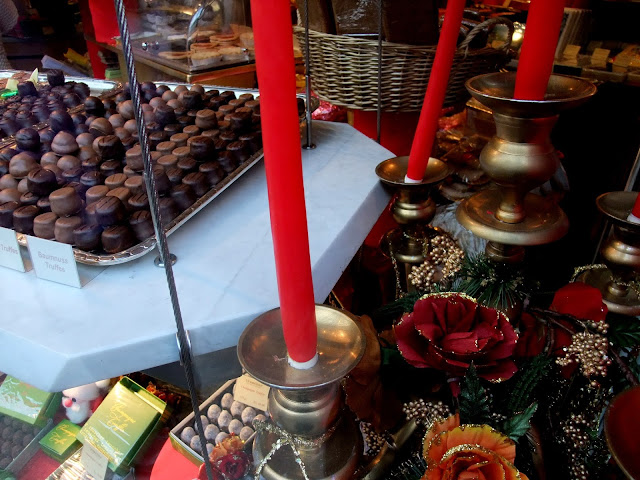 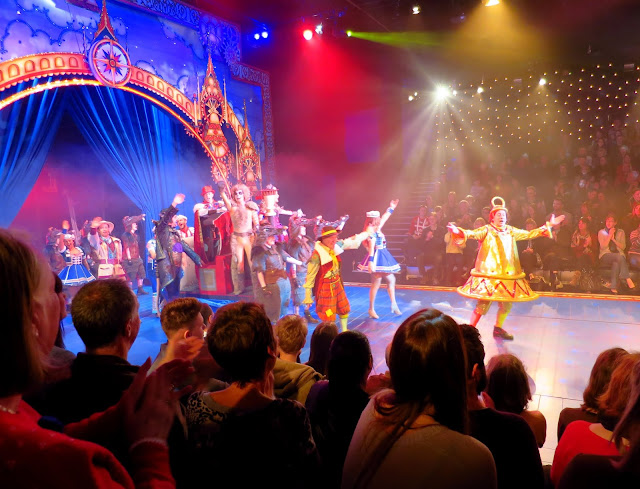 The annual York Panto - it was held at a shed at the National Railway Museum so the stage was long and thin, as you would expect - about the size of two railway lines side by side, in face. And they ran through the middle of the audience.  It is a brilliant panto, justly famed throughout the North of England. 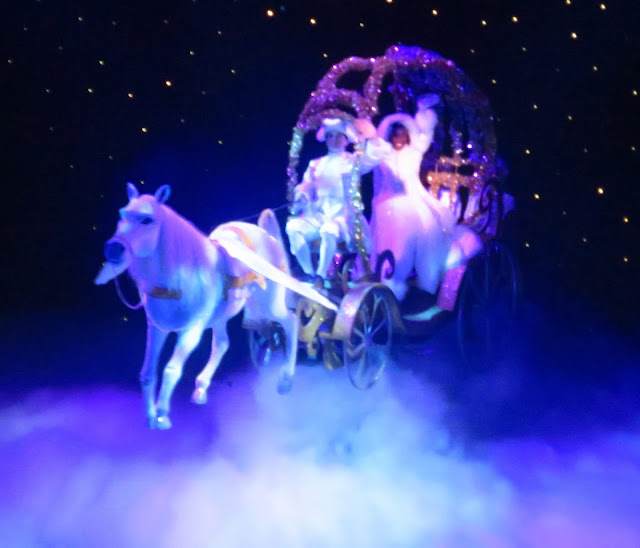 Cinderella driving away at the end of the Hackney Panto in London, one I usually take S and A to. I've  REALLY missed going this year. 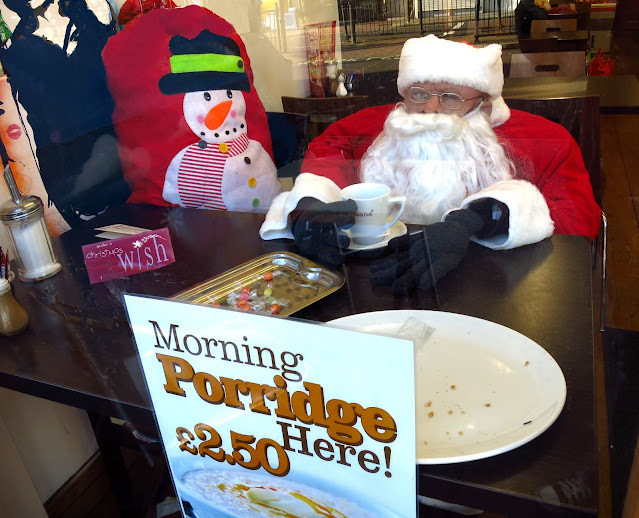 Santa having a cuppa in a cafe in Stoke Newington, London. 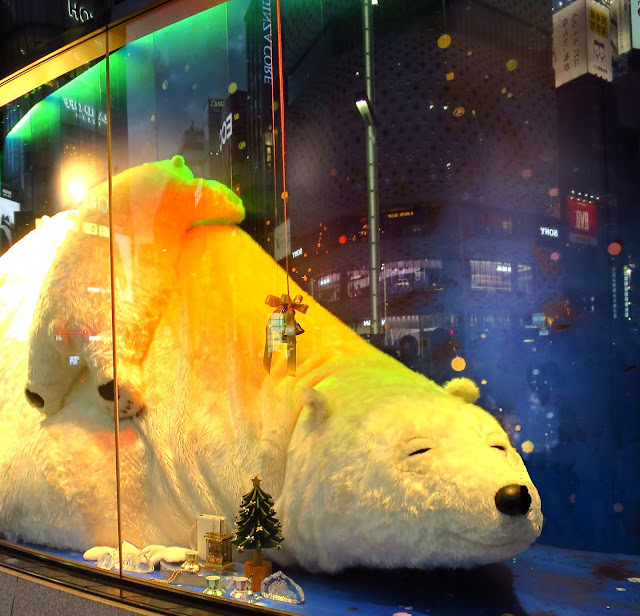 A snoozing polar bear in Tokyo with her baby snoozing on her back. . I like the reflections.  There were buttons outside the window and if you pressed them the polar bear woke up. 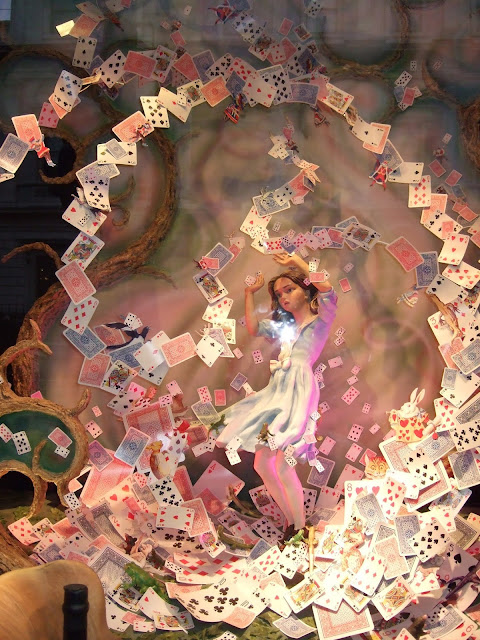 Fortnum and Mason, the famous gourmet food store in London, usually has elaborate window displays. This one was Alice in Wonderland, you can just see a bottle of wine in the left foreground because she was, of course, surrounded by nice things to eat. 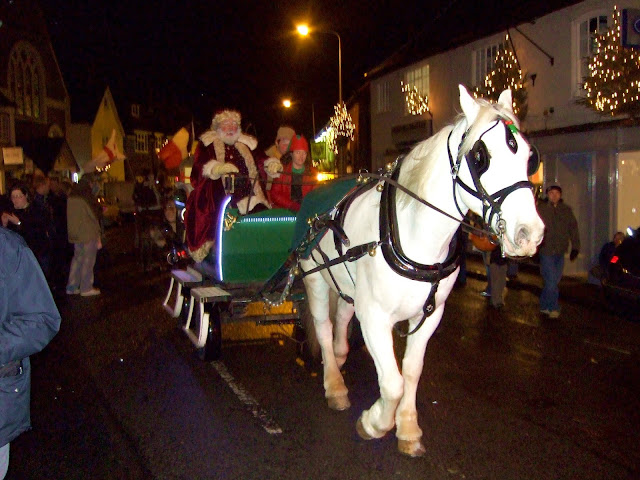 Santa parading up Hungerford High Street, Berkshire, at their wonderful annual Victorian Christmas - another casualty of Covid this year but I hope it will be back. I considered adding the startling picture of Reading Pipe Band marching along in full Scottish costume, but decided instead to leave you with.... 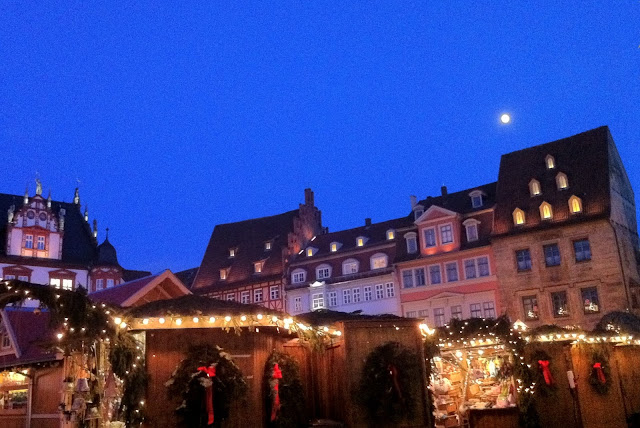 A moonlit scene as the Christmas Market in Coburg, Bavaria, packs up for the night.  You could spend all evening standing around chatting and drinking Gluhwein at this market, as indeed we did.
Happy Christmas!
Posted by Jenny Woolf at 13:09