In and Out of Lockdown

Do you even remember how long coronavirus has dominated our lives?    Life before seems a bit like a dream.  So anyway you have experienced it too and you will probably understand when I say that the past few months have been a bit weird for me, with both wonderful and upsetting moments.

The most wonderful parts were right at the beginning.  It was fantastic not to have traffic, incredible to hear the birdsong - no planes, no people, no cars, or almost none, even in the middle of London.  The silence let us hear the birds right from when they began to sing their spring songs. And the sky - such an amazing blue, with so little vehicle or aircraft pollution.

We have spent as much time as possible in the garden or going out to walk or cycle, at a safe distance from others.   In the early part of lockdown I also did a lot of reading.  Not so much drawing or creative work, none of the projects I had planned. And I read non-fiction, nothing fictional.   These were my top books, which I find a bit strange, looking at them, as they're not usually my kind of books at all. 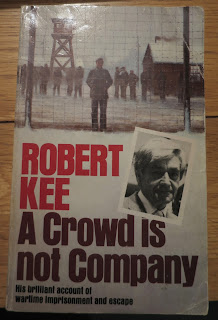 The first is a gripping and well written book from the 1940s by Robert Kee, who later became a top television journalist. It tells of his internment and escape during the Second World War.   He was captured early on, and describes not only the everyday horror and fear of war, but also the strange atmosphere in the internment camp where he found himself.   Cooped up 24 hours a day, everyone seemed to manage fine, but enormous arguments would suddenly flare from nothing.  People kept busy, but rumours and fake news abounded, treasured glimmers of hope usually evaporated.  Promises were not fulfilled, hopes did not come to pass, and in the end the only thing to do was hunker down and wait for the chance to escape.

Kee risked his life to escape, and .... well, I won't give away what happened to him, but I was on the edge of my seat. I do recommend this wonderfully well written book, which is pretty easily available in paperback. 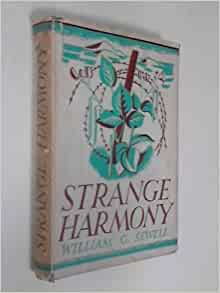 I also read "Strange Harmony " by William G Sewell. I have an old edition published in 1946; not sure it ever was reprinted. Sewell was a Quaker who was interned with his family for 4 years on Hong Kong after the Japanese invasion of 1941. Ironically, the family were only spending an overnight in Hong Kong en route to China, but they ended up on the run with several other adults and a total of eighteen children. They ended up in an internment camp where conditions became steadily less bearable. I found the book descriptive, compassionate and thought provoking as Sewell and his family worked incredibly hard in savage conditions to hold on to their own values and their sense of right and wrong.   Their Christian faith helped them so much, although it's not a particularly religious book.

For our daily exercise we have been exploring Hampstead Heath, about 800 acres of one of the most varied and interesting bits of land I know, geologically, botanically and historically.  We have watched the seasons slowly change, and it has been marvellous.  I can understand now why people become nature writers!  First, we saw the haze of delicate white blackthorn sprinkling all the browns and greens of the winter trees and evergreens, almost like snow. It's one of the first signs of Spring. 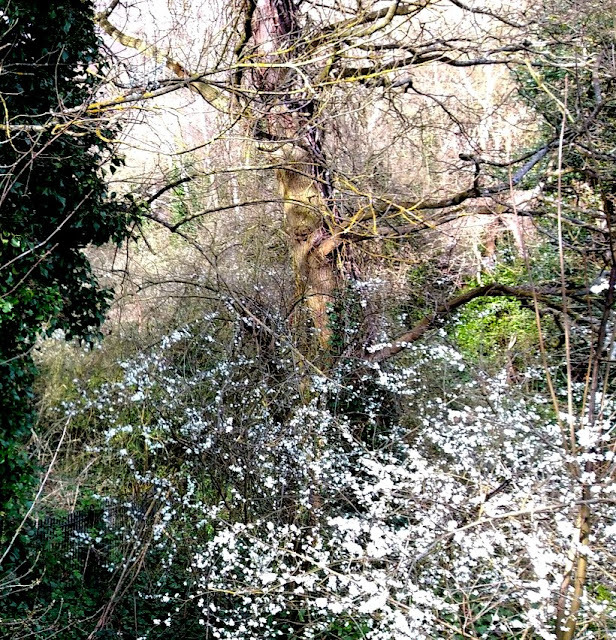 Next, clumps of snowdrops appeared on the wintry banks among dead leaves and new blades of grass. 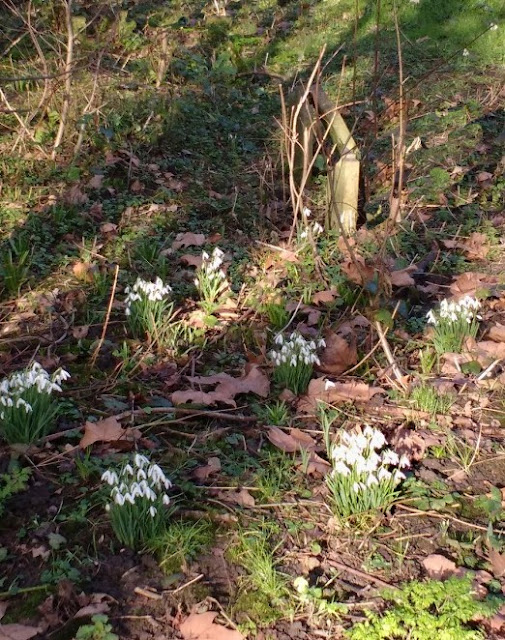 And those chilly evening skies reminded us that winter was still only just behind us... 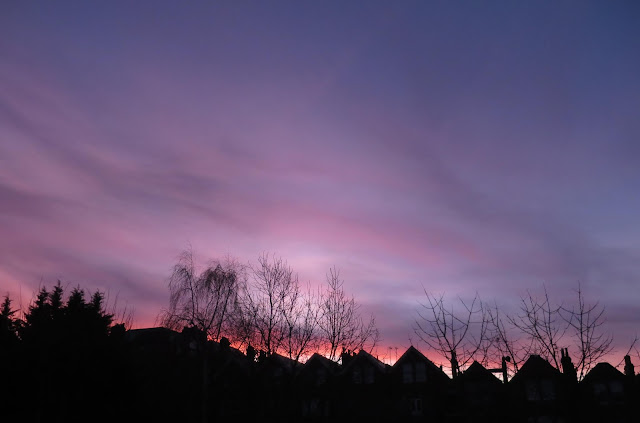 And then the violets appearing... 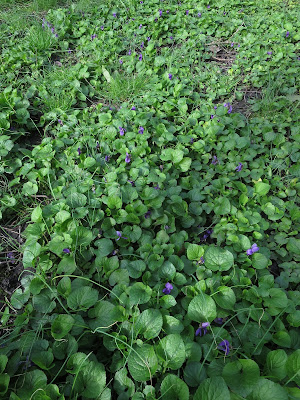 and the jasmine flowers, and the very first new leaves.... 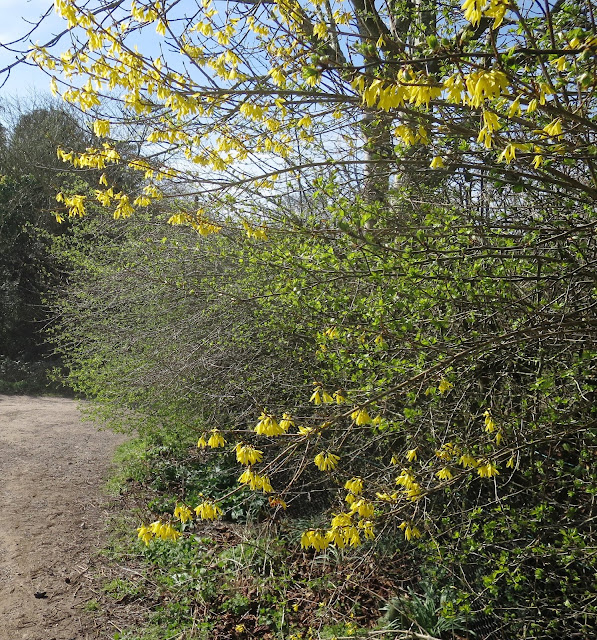 the deafening birdsong....and suddenly each tree seemed to be a different colour, with all the leaves opening at once. 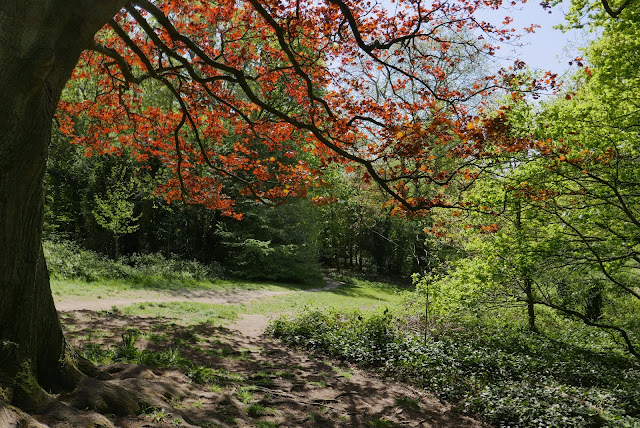 Bluebells and forget-me-nots could be seen glimmering beneath the trees...

There was so much apple blossom...

And here is a swan with her ten eggs  waiting to hatch. Nine of them did produce cygnets, and the swan sat patiently for about a week on the final, addled egg before she gave up.  All her cygnets did well. 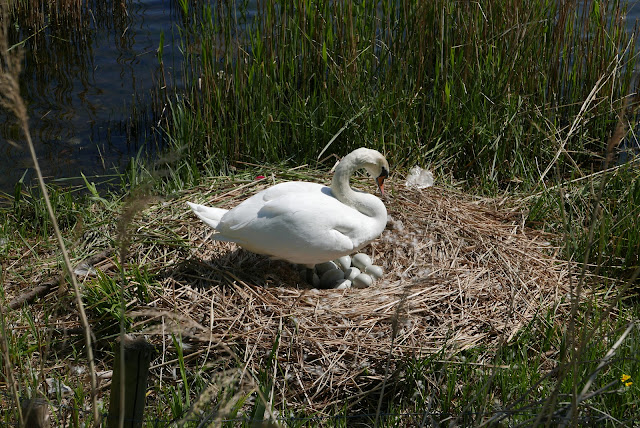 Then, the cow parsley and white hawthorn appeared. I love them because they give May its characteristic scent.  And still the birds were singing so loudly. 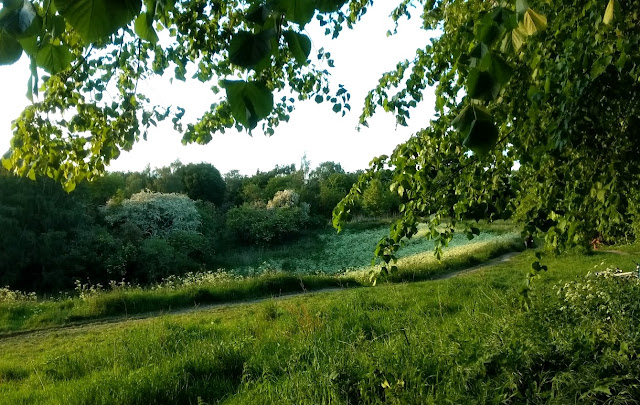 And now, all of a sudden, Spring has ended and it is early summer.  I'm thrilled that for the first time ever, I've been out there noticing how steadily nature changes throughout the year.  What a wonderful experience it has been!  I intend to continue to watch closely as the year rolls on.

But then, two weeks ago the strict lockdown ended. Its simple message: Stay at Home, Save Lives, Protect the NHS, had worked, and at last the virus was on the wane.  Now, of course, people must return to work and normal life as soon as possible.   The slightly unreal fairytale feeling has evaporated, traffic has returned to the roads, the sky is a less vivid blue.  People are out and about more, and, worryingly, are not social distancing as they should. A new and deeply concerning element now overshadowing everything, and that is the erosion of trust in the government's ability to deal with the virus with minimum loss of life.

I have made a strong effort to avoid following the news, but we'd have to live in Outer Mongolia instead of Britain to be unaware of the gentleman below. He was the architect of the original strategy to stop the very expensive track and tracing which had originally been proposed to get the virus under control, but was abandoned.  Here we see him, glimpsed just a few seconds after he left a grilling by journalists the other day.  It's unusual to see a grin on his face. It lasted less than a second, his hand flew to his mouth, he composed himself, looked serious again, and strode on. 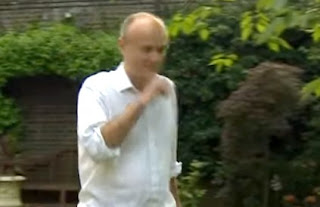 He had just said something which made him the butt of jokes for several days, but he is a very bright man and had a reputation as a strategist and that "trickster's grin"  struck me.
Now with new rows and increasingly confused messages from the government, with doctors and scientists warning of more problems, I think these few paragraphs on Disorder and Confusion as Political Technique are interesting (at the bottom of the page).  I'm not into conspiracy theories but this is a technique used for discrediting opposition to governments, and the gent above, as I said, has been heavily involved in the government's approach to the virus.

Anyway, that's all I am going to say, and if you prefer no politics, please feel free to skip reading the piece.

Of course Nature does not care about any of that human stuff, and the weather continues warm and sunny, so we carry on being delighted and amazed by the beauty of the Heath. Now, the wild roses, guelder rose and honeysuckle make the air sweet, and the flag irises are blooming on the ponds.

We'll keep ploughing on, and you do the same. Take care! 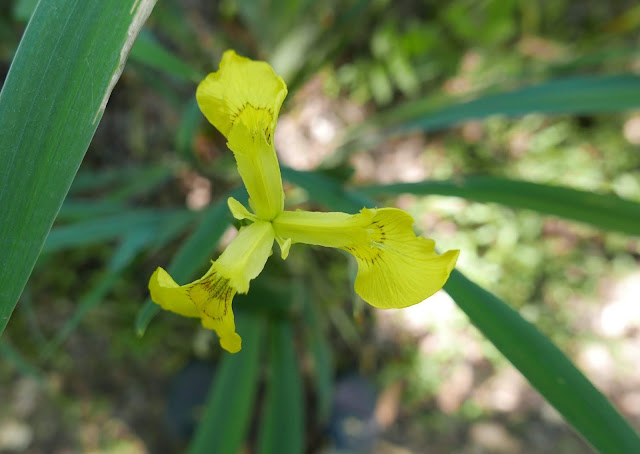 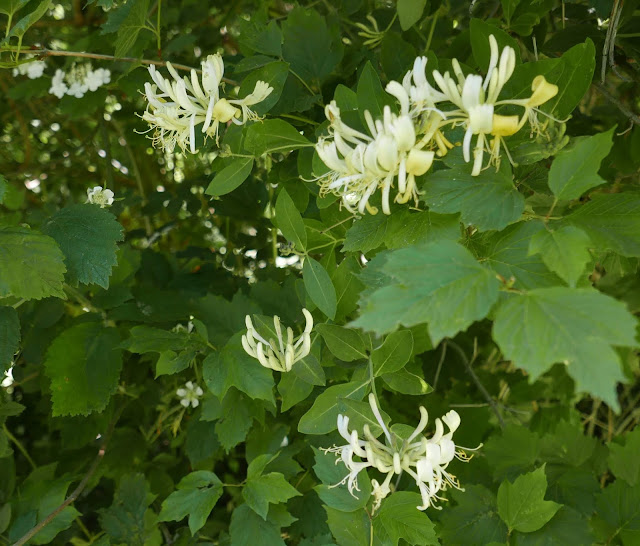 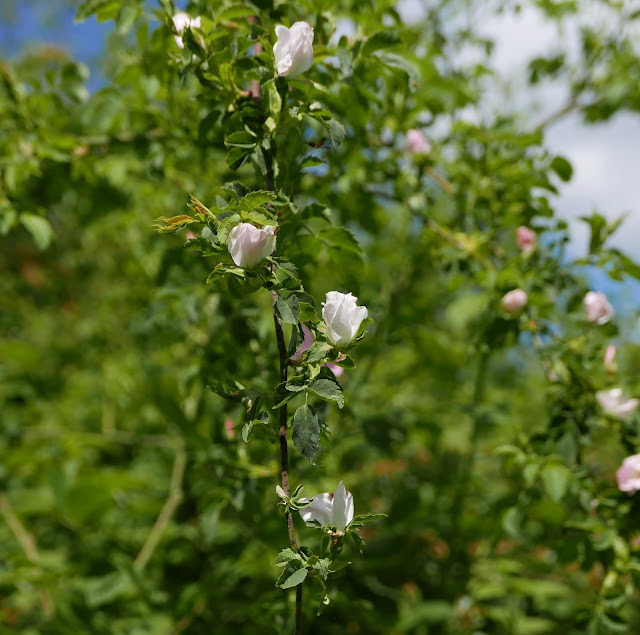